Despite some price spikes early in the month in Queensland, Victoria and South Australia, average spot prices for December was lower than November.

There were only three dispatch intervals (5-minute periods) where prices reached higher levels. These were:

These dispatch prices were characterised by changing market conditions the effect of which were small changes in the supply/demand balance. For the rest of the month prices rarely exceeded $300 and remained in the band between $50/MWh and $200/MWh, with evening peaks reaching the mid to high $20/MWh0 for short periods.

Overall, underlying spot prices have been sustained at levels similar to those seen in the NEM since September 2018.

Average apparent temperatures rose across the NEM from November to December.

Hot weather on the 6, 7, 27 and 28 of December in Victoria and South Australia impacted the higher monthly average ambient temperatures and demand.

Queensland had several hot days on the 21st and 22nd of December before a cool change which extended over Christmas.

Average demand increased in December in all mainland regions from the previous month on the lead in to summer. The highest increase was in South Australia at 89 MW (7.5%) and New South Wales had the second highest increase at 378 MW (5%).

Compared with December 2017, average demand increased only for South Australia by 61 MW (5%), while in Victoria average demand was 77 MW lower (-2%), and in New South Wales it was 225 MW lower (-3%). There was virtually no change in average demand for Queensland from the year before. 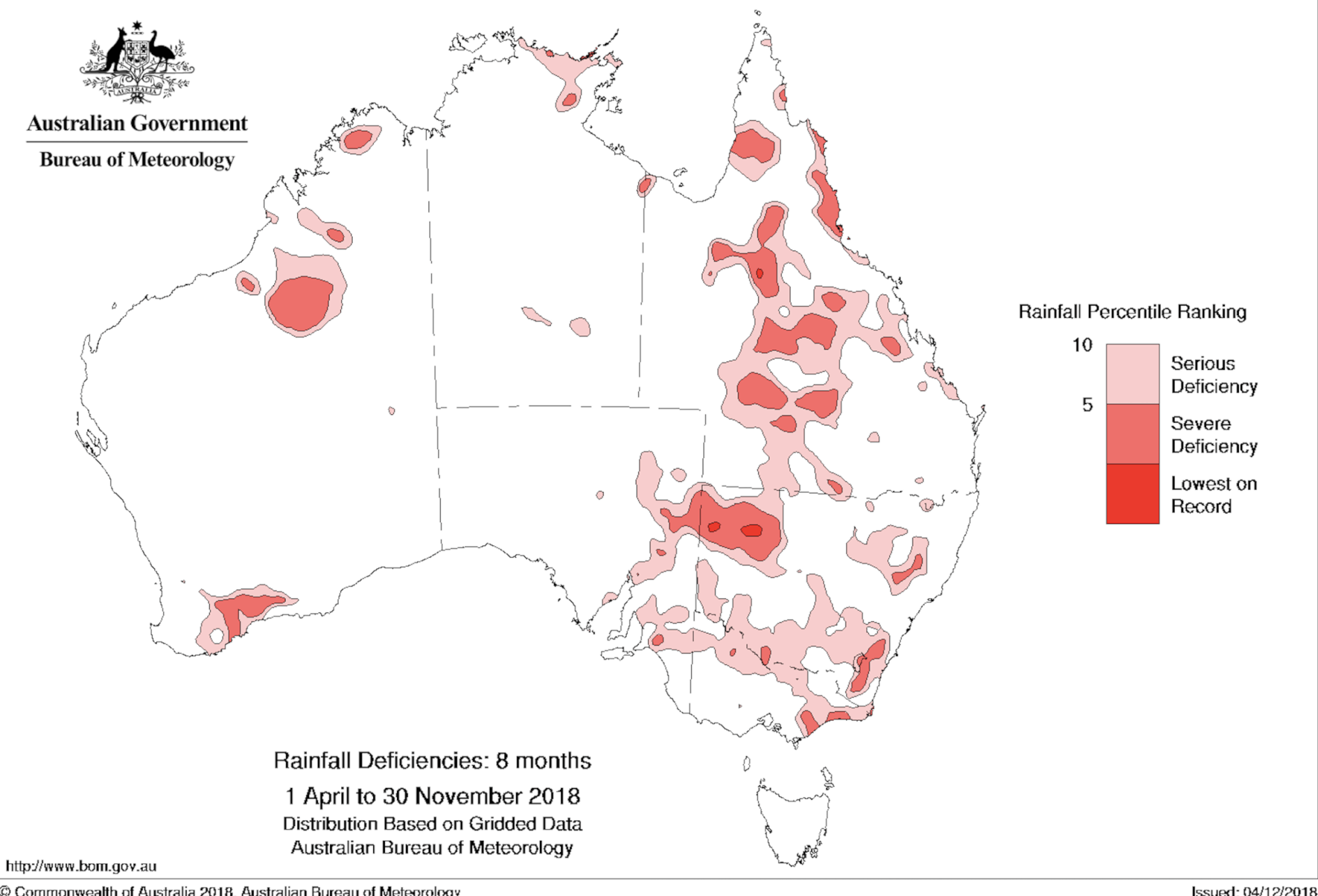 Average generation availability improved in all regions in December from the previous month, the most in New South Wales where it improved by 4%from November and was the highest since August 2018.

Victoria average availability improved by 5% after the return of Units at Loy Yang A and B that were out of service in late November.

Average renewable generation increased by 90 MW 5% from November. Since December 2017 renewable sources have increased by 74%. This is mainly attributed to the increased output from large-scale solar farms in Queensland.

Most major units across the NEM that have been on outage over recent months have now returned to service improving the level of available generating capacity in all regions. In Queensland, only two Tarong units (2 x 350MW) and one Gladstone unit (280MW) remain, while in Victoria, only one Yallourn unit remains out of service.

Hydro and gas-fired peaking capacity is likely to contain prices below $300/MWh across all regions, though unit trips, inter-connector constraints or generator bidding behaviour could result in brief high price during high maximum demand periods.

On the other hand, water storage levels at Snowy Hydro are currently low, sitting at 27%. This will restrict generation to periods of peak demand and increase reliance on coal and gas-fired generation outside of these periods.

The reliability (and availability) of large coal-fired units in NSW and Victoria will also continue influence spot price outcomes, and any unplanned outages may lead to higher spot price levels.

While commercial and industrial demand is generally lower in the first half of January due to the holiday shutdown, by the middle of the month these loads will return to normal. This can increase the risk of spot price spikes.

Spot price outcomes over January will continue to be impacted by temperature outcomes and the availability of thermal generating capacity. While Victoria and South Australia will remain the most exposed to the risk of higher spot prices, we expect their daily average prices to sit in the $90-$130/MWh range. Improved supply of available generating capacity, alongside AEMO’s RERT measures are expected to reduce the likelihood of extended high price events.