Changing the way we look at power

As confirmed by the Finkel Review, Australia needs to find a way to keep the lights on during those rare, high demand periods without paying for infrastructure, poles, wires and power plants across the year.

As confirmed by the Finkel Review, Australia needs to find a way to keep the lights on during those rare, high demand periods without paying for infrastructure, poles, wires and power plants across the year.

According to Flow Power Managing Director, Matthew van der Linden, Australians need to start looking at it from a different angle.

What if we turned it on its head and thought about it differently? What if electricity users could respond to market price signals themselves and make the most out of the system?

We wouldn’t need to build more networks or as many power plants, which would reduce the total system cost and create a lot more efficiency.

Back in 2014, ClimateWorks calculated that we could have as much as 3.1GW of demand response capacity in Australia – that’s almost 150% the size of Hazelwood.

When customers are informed about possible peaks in the market, they can reduce their demand on the electricity system during that time. It could be as simple as delaying water pumping for a couple of hours, or shifting to battery power for half an hour.

According to van der Linden, the benefits are undeniable.

Customers responding to market signals take advantage of the low prices when they occur, which could save them as much as 30% on their energy charges. Given that the market can go into negative prices, it’s a great motivator.

Van der Linden goes on to explain that when users have more control, many of the broader issues in the electricity sector would be solved.

We did the numbers and it would have only taken 500 customers to stop the forced load shedding in SA earlier in 2017. The answer was similar in Victoria when Loy Yang A was projected to turn off, says van der Linden.

Flow Power has been passing on these signals to customers for more than eight years, with big results. Here are just two examples:

Flow Power thanks the team who produced the Finkel Report. Irrelevant of position, it provides guidance into the future of the electricity system. We now look forward to the AEMO and ARENA summer peak management program. 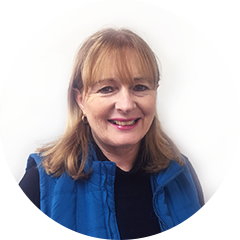 Talk to Cathy to learn more about the wholesale power market.

Measuring, reporting on, and reducing emissions

Chances are, if your business wants to – or is already taking steps towards – reducing its carbon footprint, you’ll be looking at your emissions and how to reduce them.

Smart is making money from your generator

Businesses that own and operate backup generators have the opportunity to reduce energy costs and unlock additional value.