How do extreme weather events impact the system?

From bushfires to floods, we look at the affect weather events have on the energy system

From bushfires to floods, we look at the affect weather events have on the energy system

The reliability of the energy system depends on a number of things from the physical infrastructure of the poles and wires we can see, to less visible factors like supply and demand. While many external factors can affect the system, natural disasters can happen with little warning and create significant side-effects.

From storms and cyclones to bushfires, Australia’s weather can impact the energy system. For example, last January (2019) we saw bushfires affect the New South Wales-Victoria interconnector, contributing to the high demand on January 24. Similarly, January 4, 2020 saw the impact disasters can have on network transmission with fire threatening parts of NSW.

In January we saw summer’s largest power crisis with six transmission towers in western Victoria impacted from a storm, knocking out South Australia’s power supply from the NEM.

To minimise the impact of natural disasters on the energy system, AEMO has set out plans to help prepare for outages.

We’ll be taking a closer look at the suggested solutions to increase grid reliability, from demand response to on-site generation.

Interconnectors, like the name suggests, connect each state in the National Energy Market (NEM), helping to balance supply and demand in the system.

They allow energy to flow between networks and states. When a state or territory generates more energy than demand requires, it can supply surplus energy elsewhere. This is critical to maintaining the overall reliability of the system.

This is why expanding the interconnections between networks will shore up reliability and provide support to the grid in times of need. While this option requires significant investment, a number of proposals have been made to expand interconnector capacity with the goal of lowering costs and improving reliability.

AEMO and Transgrid have proposed the expansion of the Victoria-NSW interconnector (interconnector VNI west) to address the limits of the network transmissions, and ensure the system can continue to provide low cost energy to customers.

An investment test for transmission for an interconnector between South Australia and New South Wales has been approved by the Australian Energy Regulator (AER) to. This will also cover north-east Victoria and AEMO has identified this interconnector as a high priority in its integrated system plan.

Pitching in with demand response

While interconnectors are a physical infrastructure that individual businesses cannot control, there are things you can do to support the reliability of the grid, including changing the way you use energy and doing demand response.

In simple terms, demand response is a change in the energy use of an electricity user to better match the demand for energy with the supply. It’s a voluntary practice and is encouraged from a cost saving perspective and also because it helps support the reliability of the system.

Natural disasters can impact the network with little to no notice, which can make it hard to build infrastructure to support reliability in time. This is where demand response comes into the picture.

Days of extreme temperatures can put the heat on the grid, pushing up demand for energy, and causing bushfires that can impact the poles and wires we rely on to connect the system together.

This summer, we’ve already seen three major market events that can be linked back to bushfires. On December 30, a line outage saw Victoria left short of power, sending energy prices peaking. Less than a week later, bushfires through the Snowy Mountains on January 4 took out two substations and affected the interconnector between Victoria and New South Wales. And on January 7, bushfire debris affected the interconnector between Queensland and New South Wales.

In these scenarios, demand response can step in quickly to provide much needed support to the grid, where other solutions like interconnector expansions, are not possible.

As the energy market becomes more decentralised, a number of customers are considering installing their own storage and generation assets. Much like demand response, this helps take pressure off the grid at critical times.

On-site generators and storage assets can make it easier for users to take part in demand response as they provide an alternative energy source for businesses with less flexible operations.

But these assets are not without their challenges. Like physical infrastructure, they can be impacted by external factors, such as fires or even the smoke haze from fires.

In fact, haze from the recent bushfires has impacted solar panel efficiency in south-east states by as much as 45 per cent. The effect is similar to that of a cloudy day, limiting how much energy panels can generate.

Battery storage assets can help support solar and the system more broadly in scenarios like this. It can help firm renewables and allow users and generators to store unused wind and solar generation for a rainy  or smokey  day.

Natural disasters are unpredictable but we can minimise how they impact our energy grid. From improving physical infrastructure to taking control over how we use power, energy users can help support the system. 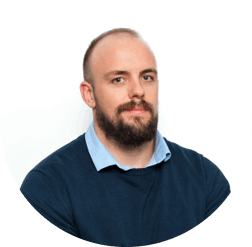 To find out more, or see how you can future proof your energy strategy please get in touch with your account manager.