On 23 August, our team saw the first solar panels installed at Bomen Solar Farm. This is often called the ‘golden row’, but we’re calling it the orange row.

On 23 August, our team saw the first solar panels installed at Bomen Solar Farm. This is often called the golden row’, but we’re calling it the orange row.

The panels were the first of more than 310,000 panels that will be installed at Bomen. The Beon development team are taking out all the stops to maximise how much energy the solar farm can generate with:

While construction commenced at Bomen Solar Farm back in May, laying the orange brings it one step closer to completion.

Last year, we announced that we were adding more than half of Bomen Solar Farm’s output to our portfolio.

Sydney Opera House, Ascham School and Molycop have already committed to buying energy from Bomen when it’s online. This generation will power our Virtual Generation Agreements and our NSW customers for up to ten years.

More and more Australian businesses are reshaping their energy through renewables. PPAs, like ours, are helping businesses support the growing pipeline of renewable projects, including solar farms like Bomen.

But the benefits go beyond low cost, clean energy. Once Bomen is fully operational by mid-2020, it will generate enough energy to power 36,000 homes annually. Until then, its construction will provide an important job boost for the Wagga Wagga region. Up to 250 workers will be employed in the construction phase, and the majority will be locals.

We look forward to celebrating more orange rows in the future. 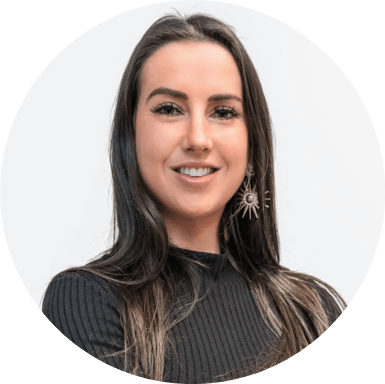 Talk to Sarah about powering your business with renewables today.